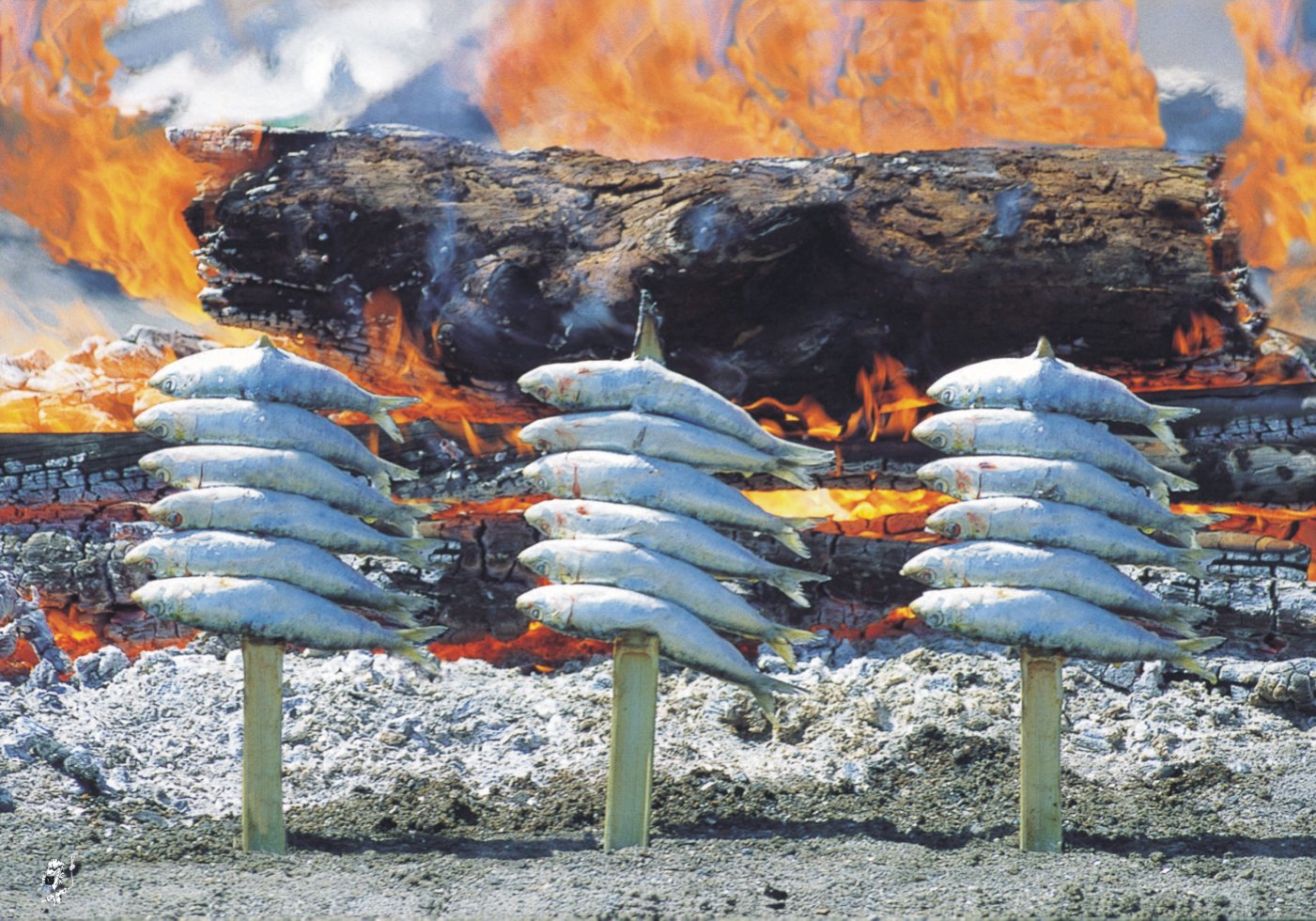 Malaga is a charming city, is something that no one can deny. No visitor is indifferent to his visit to the Costa del Sol, for whatever reason. Either due to its climate, its beach or its gastronomy, Malaga has created a tourism basis that has placed it at the forefront of the sector, and has caused some future investments that have consolidated it in such a place.

But there is something that transcends beyond all that. There is a differentiating element and at the same time a melting pot of all of them, which is remembered above all else: the sardine skewer, also called ‘Espeto’

Immortalized one hundred thousand times, one of them on our current television through the ineffable Fernando Tejero (‘Fermín’) at ‘La que avecina’, the espeto is much more than a sardine roasted on fire; It is a ritual that combines the tradition and experience of the chef (or espetero), with the exact distance from the fish to the ember, as well as the exact movement to turn the product, even plating it. The skin should be very crisp but without burning the inside, the reality is that all good Malaga-born could eat a hundred espetos in a row.

But, let us start at the beginning. The curious origin of the spit that, no more and no less, begins with Spanish royalty, although not precisely in the palace. It was in 1885 when, after devastating earthquakes on the Granada and Malaga coast, King Alfonso XII took the chance to tour all the affected towns in a procession and, already at the end of his trip, stopped at the Gran Parada picnic area, in the then “very remote” town of El Palo, owned by ‘Miguelito er de las sardinas‘. At that time the area was nothing more than a suburb of fishermen, and that picnic area was a prototype of the hundreds that would later lead to the walk as we know it today.

For this Migué, in taking his majesty the cutlery (we imagine that in the most correct way) to sink his teeth into a plate of sardines roasted on fire, which the innkeeper had served him strung on a reed, was bold in correcting the monarch with a ‘ Not like that, majestá, not like that … ”.

No more has been told than the dates in which the sardine is most suitable for its succulent intake (‘from Virgin to Virgin’, referring to the beginning of the Carmen festival, July 16, and the end of that of la Victoria, September 8), and that its cooking has a difficulty when introducing the cane (of course, no metal sticks) without damaging the interior of the piece, as well as in the distance from it to the ember, which It must be enough to cook in the heat of it, and that it also toasts the skin, at which time it can be removed from the boat (because yes, friends, they are roasted in a seine or boat typical of the area), and draw on the plate using your hand as a pressure element.

Once on the plate (white ceramic in most cases), put a little salt (fat) to taste, and attach a slice of lemon for whoever likes it, and serve it.

In the first place, the skin is already an element of debate (if it were not the salt and the lemon). There are those who prefer to savor its toasted and salty texture with the rest of the bite, but there are also those who discard it. Respectable both, the truth is that the skin gives the dish a personality that, without it, because it kind of loses a bit of punch. Once decided what to do with the skin theme, some people take it by the ends and start biting it, taking care not to reach the inner spine with the bite, and some people prefer to crumble their loins manually, and then bring them to their mouths. No need to say that the whole process is done with your hands, and that topic does not admit discussion in any of the variants of the typical Malaga “pescaito”.

Once in the mouth, the next point of ‘discord’ (and be understood in quotation marks because there can be no negative connotation in the face of such a delicacy) is whether to water it with a good beer mug, or a bottle of tinto de verano (which in turn admits another double option in which we do not want to enter) although, if we are honest, either of the two options gives it a status of happiness that (and look we like to eat) is rarely equaled before a plate of food. Perhaps that is why that phrase is so ours that says “you like it more than eating with your hands.”

The reality, friends, is that the espeto, as an outstanding element of our gastronomy, perfectly summarizes the personality of our land. Noble in origin, humble in everyday life, simple in its customs, but with many, many wickerwork to leave any foreigner who visits it with an incomparable taste in the mouth.

See you next time.