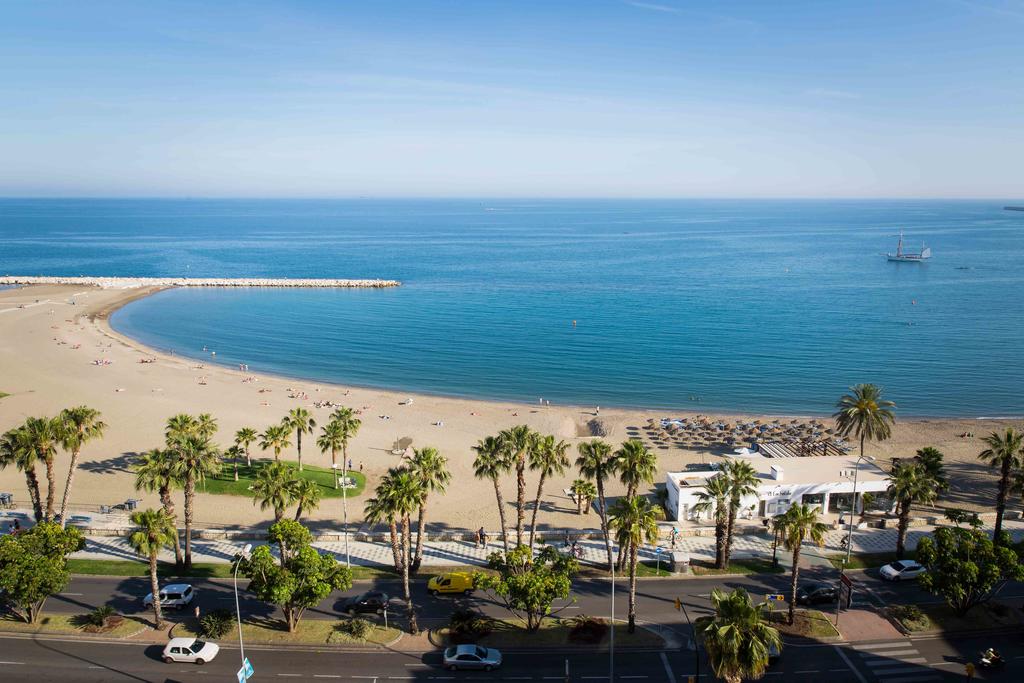 Costa del Sol receives every year a large number of tourists, who decide to spend their holidays in the city of Malaga to enjoy its culture, neighborhoods, gastronomy and beach. We know the importance of accommodation at the time of travel, demanded mostly to stay in apartments in Malaga beach, close to the city center and shops or areas of cultural interest.

We know the importance of accommodation at the time of travel, demanded mostly to stay in apartments in Malaga beach, close to the city center and shops or areas of cultural interest.

Playa La Malagueta, the beach near the center of Malaga

It is thinking of Malaga and the first thing that comes to mind is the sea. No visitor wants to miss the smell of saltpeter and with more than 300 days of sunshine a year, it is obligatory to step on the beach. The capital of the Costa del Sol has spectacular beaches but the one preferred by visitors is still Playa de la Malagueta, immersed in the historic center and with traditional airs that remind the sailors who were dedicated to fishing in the area.

In Malaga even the beach has history. Playa de la Malagueta was born and developed linked to the advance of the Levante Pier at the end of the 16th century, as a result of a slow entrance of the sea breakwater that formed a spit of land that came from nearby streams. In 1693 is when the “Playa de Levante” appears as a result of the expansion of the pier with the financial help of the Bourbons dynasty.

We cannot talk about Malagueta without talking about La Farola. It was built in 1817 when the sea reached its door with the aim of guiding the ships. As a curiosity, it is the only lighthouse in Spain with a female name. 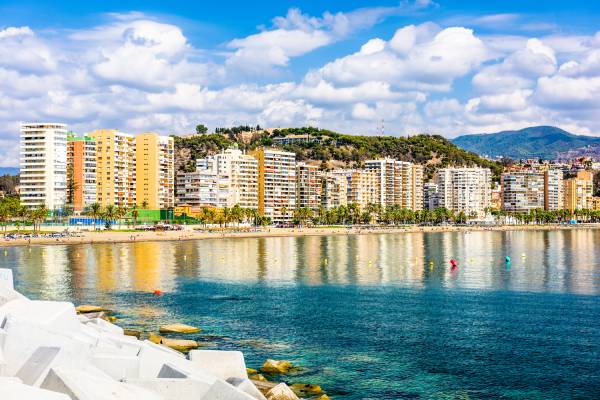 There is no visitor who does not visit it and immortalize that moment with a photo with “the Malagueta letters” in the background, but not so long ago only fishermen passed by. Back in the 1920s it was only frequented by bathers, fishermen or by clients of what began as Antonio Martín, at that time a simple wooden hut at the exit of a curve, on the way to Vélez-Málaga. It was not the restaurant or the meeting point at that time, but a beach picnic without great gastronomic pretensions.

This coastal area was a continuous coming and going with absolute prominence during sunny days to carry out a key activity in the city of Malaga, the removal of the codend. They were not boats but “jábegas” and they were not basins but “cenachos” those that those days were filled with sardines, horse mackerel or anchovies. Then the interpreter of the statue in the Plaza de la Marina, the Cenachero, took the leading role, who was in charge of selling all the fish with great enthusiasm. This figure, dressed in espadrilles and a red sash, used to walk through wineries and taverns to offer the product to the fashionable places at that time, from Malagueta directly to the table.

Bathers and workers from beyond the center landed in the city center thanks to “La Cochinita”, a railway line that connected the capital with Vélez-Málaga, Ventas de Zafarraya, in the province of Granada, Fuengirola or Coín until ago barely half a century. They were steam trains and there are still people from Malaga who miss reaching the shore of the beach in this picturesque way. This means of transport transformed the life of this neighborhood from head to toe and influenced the map of the eastern part of the city.

At present, Malagueta Beach is still the retreat of many for those walks at sunset, playing sports with the sea breeze or taking the opportunity to try the star dish, the “espeto”. The most visited beach will always have reflections of what was once the home of fishermen, full of customs and above all, an image of summer memory of all people from Malaga.

Apartments in Malaga near the beach La Malagueta

In IloftMálaga we have a large number of apartments, located in different areas of the city of Malaga, in order that our clients can live a different vacation, enjoying the beach and the true essence of the Costa del Sol.

Among our accommodations you will find a wide range of lofts and apartments, each of them being a unique space with its own personality.

If you really want to stay in apartments in Malaga beach, in ILOFTMALAGA we recommended the beach of La Malagueta or the Pacific Avenue.